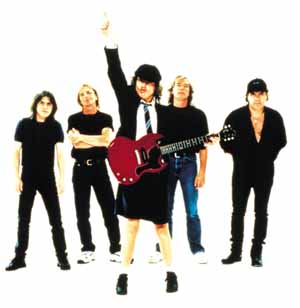 “I’m Not Okay (I Promise)” by My Chemical Romance

The bridge contains 3 guitar parts. One is a rhythm guitar and two are playing a lead harmony. Here’s what they all sound like together:Read More »“I’m Not Okay (I Promise)” by My Chemical Romance

All Along The Watchtower Tab by Jimi Hendrix

Where to find this song – Electric Ladyland
track #15

In his brief four-year reign, Jimi Hendrix expanded the electric guitar more than anyone before or since. Hendrix was a master at merging all manner of music into one precise art form, often with experiments that produced high-quality feedback and roaring distortion. His frequent hurricane blasts of noise and dazzling showmanship proved that he could and would play behind his back and with his teeth and set his guitar on fire, and everyone would HAVE to love it. He posessed such considerable gifts as a songwriter, singer, and master of blues, R&B, and rock styles.

Read More »All Along The Watchtower Tab by Jimi Hendrix

“Shout At The Devil” Solo by Motley Crue

“Fire Woman” by The Cult

This riff consists of two guitar parts. One for the lead and one for rhythm. Both parts are super easy. The rhythm to the rhythm guitar part may be a little tricky at first, but that’s the hardest part.Read More »“Fire Woman” by The Cult