The band started out with Craig Fuller and George Powell. These guys could write songs. Period. With so much of a changing roster of musicians, these guys were there from the start and were forced to strive under their own conditions. They constructed some of the most influential portraits of love going bad but still going. The tunes are presented with unusual grace and melody, and Pure Prarie League was able to tap into sophisticated string melodies thanks to the works of country music superstar Vince Gill, who was with them for a time. Their combination of romanticism and country rock showed their gentle and earnest side, and at the same time proved that they did know how to rock. 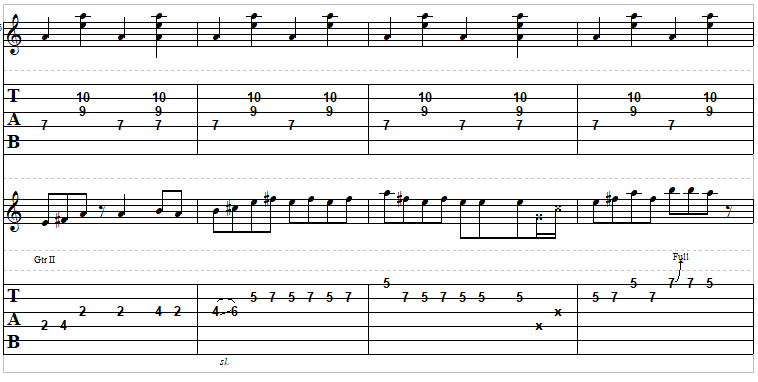 For the second guitar part, you will be working with walking notes. That tells you that as long as you allow your 1st finger to take precedence, you won’t “play yourself into a corner.” What we mean by this is that most of the dominant notes should be played by your 1st finger, and followed by your 3rd and 4th finger. That should help you follow the patterns. Most of the patterns are somewhat replicated throughout the measures. You will have a “slide” and a “bend” in this riff. A slide is when you use one finger to move from the first note shown to the second note shown. A bend is when you bend the string a certain amount so that it sounds like it does in the audio and/or video. In this case, you will be playing a full bend on the seventh fret on the “high E” string.

Here’s the rhythm guitar part (use it to practice the lead over): 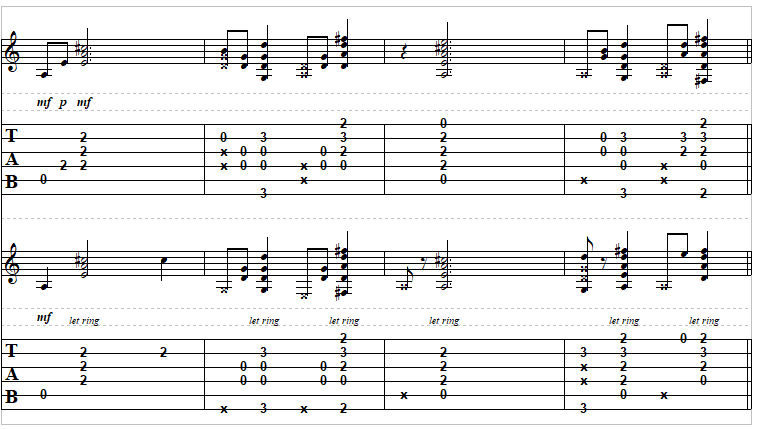 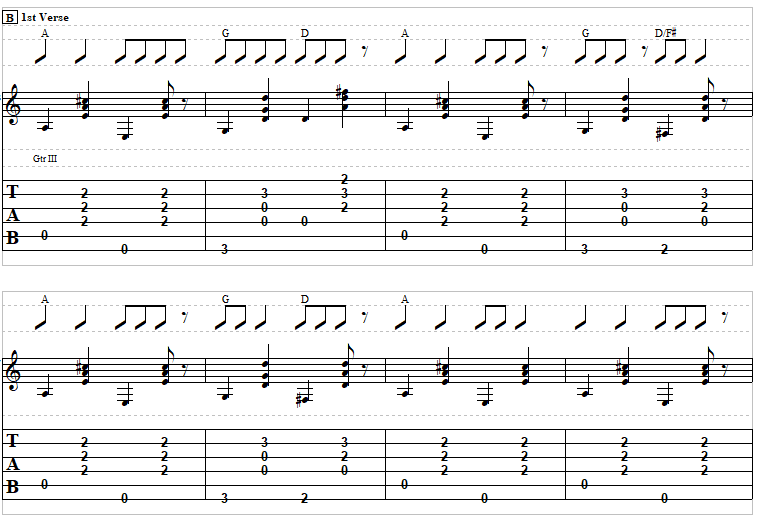 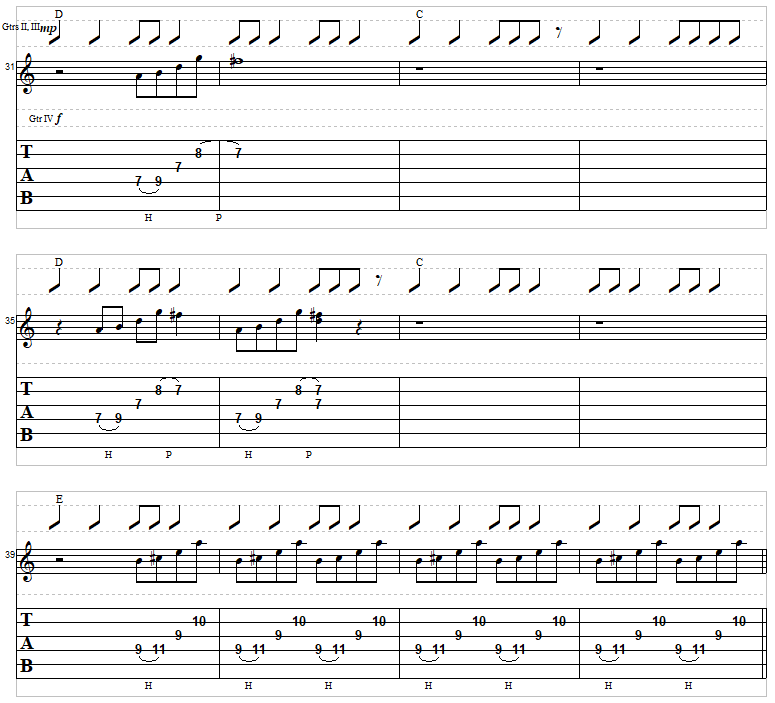