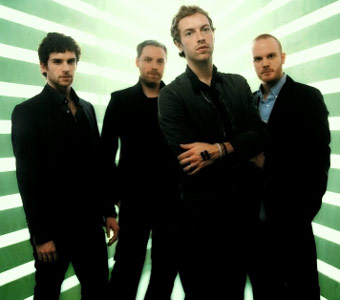 There’s some interesting things going on in this song as two of the guitars use an alternate tuning. The chords played in this song may not be the style you are used to, so I included the correct chord diagram for each part. You’ll also find the complete guitar tab for download.

Here’s how each guitar is tuned:

Here are the chords:

This is also noted on the tablature below. Notice that Gtr II comes
in on the last two measures.

Pay close attention to the dotted notes, as Gtr II comes in at a different
interval than Gtr I.

This guitar is played with distortion on the electric. The full bends
should be played at the beginning of each measure with the bend dropped
back to normal in the following measure.

Note: Remember that you are ONLY bending the notes
on the G string on the tablature below

A few of you have expressed confusion over the repeat bars. Here’s
an easy breakdown since this song is rather easy to play using the

1. Play everything you see all the way until the END of where you see
the “1.”

2. After you played THROUGH the “1,” start back over on the
second B that is played, also noted with a B chord on the tablature,
which holds this chord for a whole count.

3. Play through all of that UNTIL you see the “1” again. Don’t
play that. Play the next measure that starts with a “2.”

4. Play through the Emaj7 all the way THROUGH the B and Badd11 to end
the verse.

Note: You’ll see a few duplicate chords that are tabbed
out. This is Gtr II, which is a clean electric.

All that you play there are whole notes.

Here are the chords on the acoustic for the Verse:

Don’t get confused. The Chorus is REALLY easy. The top line, playing
only quarter notes, is the acoustic guitar. You’ll play that until the
B chord. Don’t play the B listed at the top. Just begin the Intro theme
again, as you’ll see in the tablature.

Guitar IV is another acoustic, but with a brighter setting. You can
also use a clean electric. Just end this guitar part ON the B chord
so that the whole note rings through into the acoustic part you learned
in the Intro.

Here are the chords on the acoustic for the Chorus:

Here’s the rhythm for you to practice with:

There aren’t really any major changes in the Outro, except for the
addition of a new chord. It’s noted on the tablature below.