Facts:
The song is in the key of D
It is performed at about 125 beats per minute
You can get chords and lyrics for the entire song here: Margaritaville

If you’re just used to strumming chords, you might frown upon having to play this brisk opening, but it’s an important part of the song in that it helps set the tone and it also doubles as the ending.

We’ll play a series of double-stops.

Try accenting the first and third beats while playing eighth notes in a simple down-and-up stroke on the second and fourth beats.

Start slowly and count along. You can stop counting along once you start getting the hang of it. Practice the strumming over a single chord. Once you can play the strumming pattern as if it’s second nature, you can start following the chord progression.

Here’s the basic chord progression for Margaritaville. The verse begins on the D chord. You’ll stay there for six measures and then eight measures of the A chord before heading back to the D chord for two more measures. 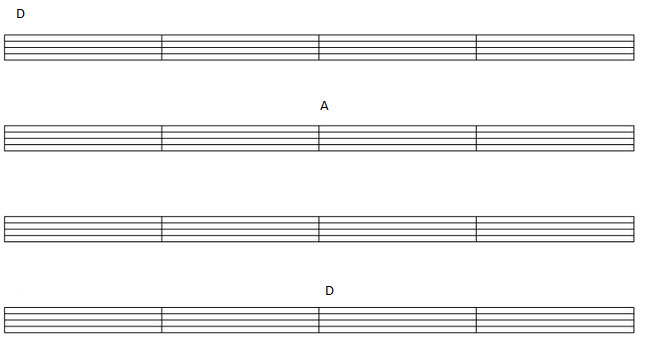