“Message In A Bottle” by The Police 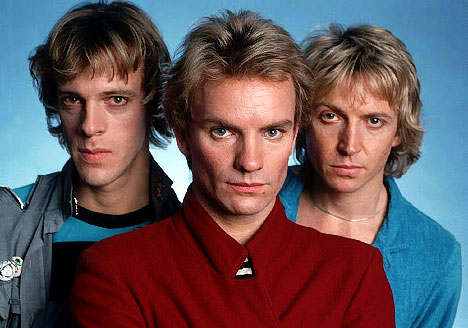 Where to find this song – Reggatta de Blanc track #1

Sting always claimed that this was his favorite song as well did Andy
Summer. This song is very radio-friendly, and though the band isn’t
still together mainly due to Stewart Copeland ( drums ) and Sting’s frequent argumentation, this band definitely set the standard for a white man’s Reggae styling. The song, “Message in a Bottle,” is about one man’s struggle as a castaway in hopes that by placing a letter in a bottle, a passing ship would find it, finding him.

This riff is arranged in four measures, and the second and fourth measures
are the same as the first and third measures.

The second measure is a little more difficult. Start by looking at the tab and noticing that the “two” that you notice on the “A” string in the second measure is highlighted. Remember that this highlighted number means that you will only accent this note a bit. Now that you notice that, just remember that when you are starting this measure, you are playing the last note of the first measure again. To play the second measure, place your 1st finger on the “D” string on the fourth fret and your 3rd finger on the sixth fret on the “G” string. Next, place your 1st finger on the “low E” string on the second fret. Play that note twice. Play the “A” string on the fourth fret with your third or fourth finger, whichever is more comfortable.

For the last notes of the measure, you will be performing a “hammer.” This “hammer” is performed in two different ways. Notice the bar DIRECTLY above the last set of notes. ( You can also notice the “H” at the bottom of the tablature,

and that signifies you will be doing a hammer ) Now, when you
are doing a “hammer,” you must notice on the bar above
the notes that if the bar that has the three vertical lines
as it shows here and they are going UPWARD, you will be performing
a “hammer-on.” If those bars above the notes are going
downward, it would be a “hammer-off.” In this case,
it is a “hammer-on.” ( Usually, you can also just
use logics and realize the way the numbers are organized to
know whether it will be an “on” or “off.”)
To perform the hammer-on, just place your 1st finger on the
first fret of the “G” string, and quickly place your
2nd finger on the second fret of the “G” string, only
hitting the string the first time on the “G” string
and allowing the note to ring as you cover the second fret.