“Burden In My Hand” by Soundgarden 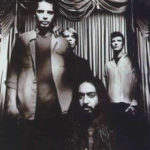 Where to find this song – Down on the Upside track # 7

The first thing you should do in order to play this song is to tune
your guitar to the following: C,G,C,G,G,E

Soundgarden became almost everyone’s favorite band in the mid 90’s.
Their combination of punk, rock, and pop became infused on this album.
After Superunknown, it almost seemed impossible for the band to make
another record like its predecessor, but somehow they managed to pull
it off with five of the sixteen songs on this album making it into the
top twenty on the music charts. Cornell’s high-pitched banshee cry only
echoes Kim Thayill’s massive grunge approach to the guitar, and Ben
Shephard’s bass skills come through immensely on ALL of the songs on
this album. As always, the drums are powerful….the drums are loud…the
drums are simply – Matt Cameron ( whom is currently sitting in for Pearl
Jam as their drummer ). Cornell is now the frontman for Audioslave with
Tom Morello as the guitarist.

This song will give you a little bit of a cramp due to the large usage
of almost all the strings on the guitar. Begin the first measure by
using your 3rd and 4th fingers. Place your 3rd finger on the fifth
fret on the “A” string, and your 4th finger on the fifth fret on
the “B” string. Pick accordingly. For the second measure of
the verse, you will need to use your 1st finger to play the third frets
on the “G” string, the “B” string, and the “high
E” string. Notice that you will need to play the fifth fret within
this part on the “high E” string. Do that using your 4th
finger.

For the third measure, all you need to do is barre all the strings
on the third frets, and use your 3rd finger when playing the fifth frets
on the appropriate strings. Then, when you don’t need to play the fifth
frets anymore, you can just lift that finger up to end the measure.

For the last measure of the verse, simply play the appropriate open
strings, and then use your 1st finger to play the second frets on the
appropriate strings.

For the first measure of the chorus, use your 1st finger to barre all
strings on the twelfth frets. Then, use your 4th finger to play the
notes on the fifteenth frets at the end of the measure.

The third measure you are continuing from the second measure with your
1st finger on the eighth frets. Then, all you need to do is move your
1st finger to the third frets on all strings from the “D”
string to the “high E” string. Allow the “A” string
to remain open. End the measure by using your 1st finger to barre the
“low E” string, the “A” string, and finally the
“D” string. Then, just slide toward the pickups on your guitar.

The fourth measure is self explanatory. Once again, you will just be
using your 1st finger to play this measure.

Complete Transcription To “Burden In My Hand” (PDF)

Complete Transcription To “Burden In My Hand” (Power Tab)