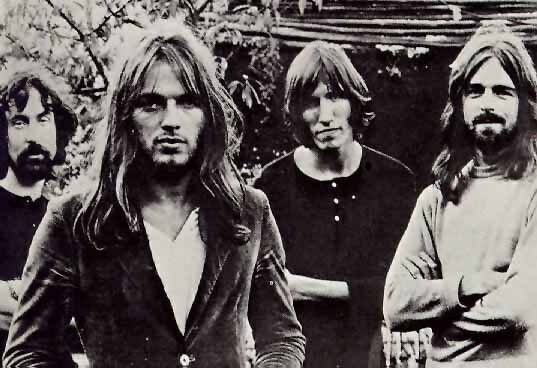 Since the mid ’60s, their music relentlessly experimented with electronics and special effects to push pop formats to their outer limits. At the same time they wrestled with lyrical themes and concepts of such accord that their music has taken on almost classical, ethereal quality, in both sound and words. Despite that type of image, the group was brought down to earth in the 1980s by decidedly mundane power struggles over leadership, and the psychotic
breakdown of Syd Barrett, as detailed in the acclaimed movie, ” The
Wall.”

Here’s what the guitars and bass sound like together:

One thing to notice that most of you probably already know about Pink Floyd is that their music is very busy, and sometimes the opposite. In this case, you will be playing a great deal of E-based and A-based chords, but all of them are picked out in an awkward manner.

Begin the first measure, which is identical to the fifth measure, by placing your 1st finger on the second fret on the “A” string, and your 3rd or 4th finger on the fourth fret on the “D” string. Play all other
strings open. Notice that at the beginning you will need to perform a very full strum to get the desired effect. Pick accordingly with the open notes after you have strummed the first chord.

The sixth measure is the same as the second, with a little more emphasis on the picking of the second fret.

The seventh measure just deals with open notes, so play those accordingly.

Talk about an easy part for slide guitar…