Back To The Main Page

Lessons In This Category

Born near Clarksdale, Mississippi in 1917 to a sharecropper family, John Lee Hooker was one of the last links to the blues of the deep South. He moved to Detroit in the early 1940s and by 1948 had scored his first number-one jukebox hit and million-seller, “Boogie Chillun.” Other hits soon followed, “I’m In The Mood,” “Crawling Kingsnake,” and “Boom Boom” among the biggest. During the 1950s and ’60s, Vee Jay Records released a remarkable string of more than 100 of John Lee’s songs.

In the original recording, either the guitar is tuned up a half step, or a capo is used on the 1st fret, in effect transposing the song to the key of F.

It’s in standard 4/4 time and is performed at about 157 beats per minute. 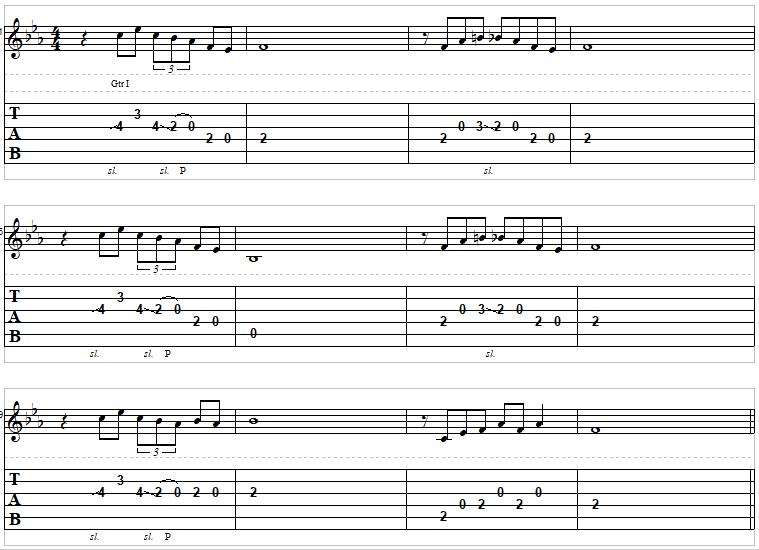 This backing track for “Boom Boom”. It’s in the key of E, so you can play along as it is tabbed out above without having to use a capo or retune.