How To Play A Blues Turnaround

In music, the V-IV-I turnaround, or blues turnaround is one of several cadential patterns traditionally found in the twelve-bar blues, and commonly found in rock and roll.

Most turnarounds can also be used as intros or endings. This is because the turnaround in bars 11 and 12 takes us back (turns around) to the start of the next 12 bars of music or pulls us toward the I chord for a big finish. The intro does the same thing by kick starting the song to begin at the first cycle of 12 bars.

There are probably as many variations for the turnaround as there are blues progressions, ranging from the very simple to complicated jazz blues lines. No matter how simple or complicated a progression is, there are some basic structural guidelines that should always be applied to a turnaround.

In this video I’ll show you how to play the generic turnaround:Read More »How To Play A Blues Turnaround

Casey Jones by The Grateful Dead 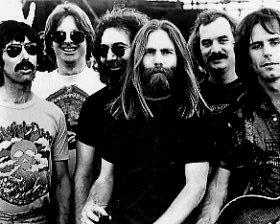 Where to find this song – Workingman’s Dead track # 8

The 12-bar blues is one of the most popular chord progressions in popular music, including the blues. The blues progression has a distinctive form in chord structure and duration. It is, at its most basic, based on the I-IV-V chords of a key.

Difficulty: ADVANCED You’ll need a capo on the 2nd fret and to tune to D, A, D, G, B, E (Drop D). Intro In the… Read More »“Angelina” by Tommy Emmanuel