“Life By The Drop” Song Facts

The song’s tempo is at about 98 beats per minute. It’s in standard 4/4 time and the rhythm uses a shuffle pattern. Stevie Ray Vaughan recorded the song using a 12 string acoustic guitar. If you don’t have a 12 string, that’s okay. It sounds great on a six-string acoustic, too. It’s one of those rare SRV songs in standard tuning.

In this lesson, we’ll be looking at the intro lick to the song which takes place in the measures 1 and 2.

Wouldn’t you know it! The hardest part to play of Life By The Drop is the very first part. Stevie sets things up nicely with a tasteful two measure lick.

This lick seems straightforward but it is deceptively difficult. It’s not real fast, but that’s not the problem. It’s got a certain swing to it and accents that give it character.

The main thing to keep in mind when learning it is to maintain the steady triplet pattern. That’s what gives it that swing.

Ok, we got that opening lick out of the way, so it’s all easier from here on out.

After the opening lick, we’ll spend two measures to establish the rhythm before the vocals come in.

It’s a slow shuffle pattern in the key of A.

The verses of the song are 16 measures long. Each verse has 4 lines of lyrics, so if you do the math you’ll come to find that each line of the lyric will last 4 measures.

The chord progression for the verse is A, E, F#m, D and each chord gets a measure. 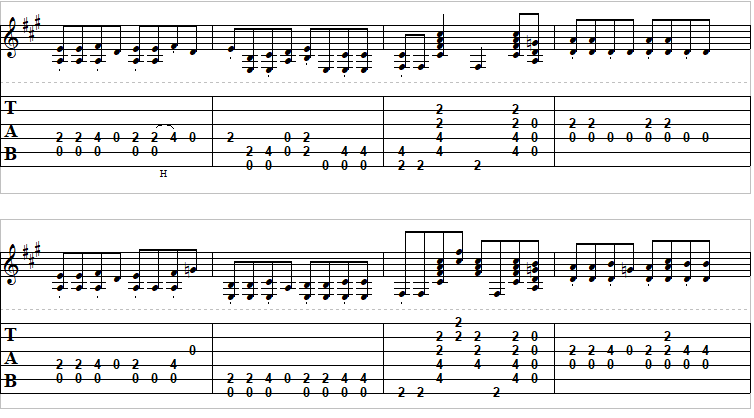 The chorus really just feels like an extension of the verse. It’s 6 measures long and contains 3 lines of lyrics.

[Chorus]
You’re living our dreams, oh you on top
My mind is aching, oh Lord it won’t stop
That’s how it happens living life by the drop

The first two lines follow a F#m, D, E chord progression over two measures. The F# is over the first measure and the D and E chords are found in the 2nd measure each getting two beats each.

The last line, “That’s how it happens, living life by the drop”, is sung over the F#m, D, and E chords again, but it’s switched up a little bit. The F#m only gets two beats followed by 2 measures of the D chord and finally a full measure of E, but this last measure is in 2/4 time!

At the end of the chorus, we’ll go back to two measures of the shuffle pattern to set up the next verse. 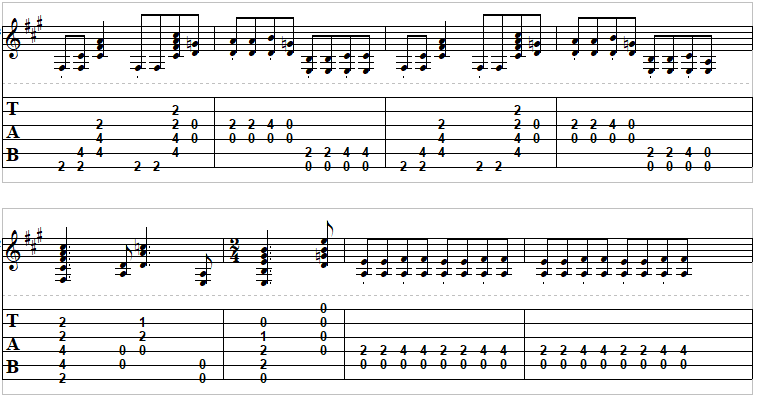