“Hit Me With You Best Shot” by Pat Benatar 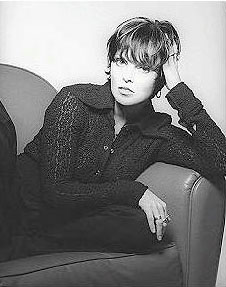 Where to find this song – Crimes of Passion track #4

Pat Benetar has won 4 consecutive Grammy Awards for Best Female Vocalist
in 1980, 1981, 1982 and 1983 for “Crimes of Passion”, “Fire
And Ice,” “Shadows of the Night” and “Love Is A
Battlefield.” The video for “Love Is A Battlefield” was
the first music video to also include dialogue within. Pat’s video “You
Better Run” was the second video ever to be played on MTV in August
1981. Pat Benatar was born Patricia Andrzejewski. She married her high
school boyfriend Dennis Benatar shortly after graduation. They were
divorced in 1979, the same year her debut album was released. She has
been married to her guitar player, Neil Girado since 1982. Men – sorry…..she’s
taken.

The first and third measures are identical, and the second and fourth
are ALMOST identical, with an A chord thrown in on the last measure.

This song is pretty fun to play. Begin by placing your 1st finger
on the “A” string on the seventh fret and your 4th finger
will barre the “D” string, the “G” string, and
the “B” string. Play that once, and then move to an A chord.
Here is a diagram of an A chord, as well as an explanation of how to
play it using tablature.

To play the second measure, let that last chord ring for a second,
and then move up to the second fret with your 1st finger on the “A” string.
Place your 4th finger on the fourth frets of all strings below your
1st finger. You need not barre the “high E” string, but you
may do so if it feels more comfortable (just don’t play it). Play that
chord a few times.

The third measure is identical to the first.

Complete Transcription
To “Hit Me With Your Best Shot” (PDF)

Complete Transcription
To “Hit Me With Your Best Shot” (Power Tab)